Bring your imagination with you to Foss Hill on Friday afternoon and contribute to the 2013 mural.  The 2013 Class Council will supply the paint and brushes – and the necessary ice pops.  So come on out, enjoy the sun, and be creative.  Canvas and 70 degree weather provided.

What do you wish you had known as you were starting your first semester at Wesleyan?  What do you wish you had done differently?  What changes have you made?   What did you do to make your first semester (and second, for that matter) a successful one?  In other words, what advice can you give the incoming members of the Class of 2014 as they anticipate their first semester at Wesleyan?  With your first year of college nearly done, you are uniquely qualified to suggest the steps that the new ‘14’ers should take for a successful semester, so let’s hear ’em!

The Student Activities and Leadership Development Awards recognize students’ contributions to the Wesleyan community across a variety of activities.

CONGRATULATIONS to the following first-year recipients!

Student Organization of the Year Award “recognizes a student organization that has excelled in sustaining leadership, an active membership and programmatic efforts that contribute to the larger Wesleyan Community.” 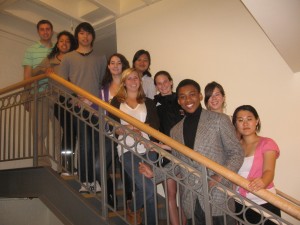 First-year Student Leadership Award is ”presented to a student who has demonstrated outstanding leadership or involvement in the Wesleyan community.” 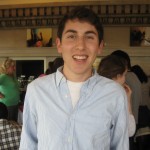 Mosaic Award “recognizes the contribution(s) of a student organization that has raised campus awareness through educational initiatives on issues of identity, culture and social justice.” 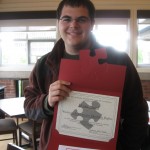 Feeling Weighed Down By Finals?

Come have coffee with the Ford Fellows Thursday April 29th at 8 p.m. in the Shapiro Creative Writing Center Lounge (3rd floor of Allbritton)

The Ford Fellows will offer tips on how to get started on your papers and who you can turn to for help.  We will discuss the fundamentals of paper writing, and ways to be a better writer than you were in high school.  Take this opportunity to ask about final papers and in-class writing exams.

Almost half of college students have experienced abuse in a relationship, according to a 2008 study. Abuse can range from cyber- stalking to beatings and rape.

On April 27, Wesleyan University, The Hartford Courant and FOX CT will present a Key Issues Forum titled “The Person You Think You Know: Signs and Solutions of Campus Violence” at 6 p.m. in Beckham Hall. The forum will feature experts who will discuss relationship violence on campuses, including how to recognize danger signs and where to get help.

The panelists are:
Claire Potter, professor of American studies, professor of history, whose research interest includes the study of violence against women.

Jaclyn Friedman ‘93, who is a performer and co-editor of “Yes Means Yes! Visions of Female Sexual Power and a World Without Rape.”

Janet Peckinpaugh, a 30-year broadcast journalist with her own media marketing firm who has been a victim of stalking and domestic violence.

“Violence  – stalking, intimate partner violence, sexual assault and hazing –among young people is a problem in the United States, and to that extent, we have to assume that it is a campus problem to some degree,” Potter says. “ In addition, according to the Department of Justice, women in particular are most likely to be the object of violence between the ages of 16 and 24; hence, you might even argue that we on college campuses are at the epicenter of something we could affect and intervene in.  What seems to me most relevant, however, is that administrators and faculty always want to be in the position of anticipating challenges proactively, rather than responding to incidents of violence on campus and assessing, after the fact, what we might have done to help someone who has already been harmed.”

The event is co-sponsored by the Hartford Courant and FOX CT, and presented in partnership with Wesleyan University. It is free and open to the public. Anyone interested in attending is encouraged to register by e-mail at corpaffairs@courant.com or by calling 860-241-3614.

Heard of Cardinal’s Night?  Best described as a “huge party on Main Street with music and food,” it’s happening THIS WEDNESDAY, April 28th from 6-9pm, and here’s how you can get in on it:

Step 1: Walk or take a Ride shuttle down to Main Street (the ride will be picking up students throughout the night at Weshop, Usdan, and High Rise) and look for the tents at the Riverview Center (222 Main Street, by Cold Stone and Esca), where the WSA’s Community Outreach Committee will be giving you free snacks and information on restaurant

discounts.  Student bands August West, It’s Chinatown, Bones Complex, and Linus will be playing there throughout the night.

Step 3: Feel free to come back to the tents at the Riverview Center to hang out and listen to more music, and even grab some more snacks.

This documentary became the main event of the last television season in Russia and is still the most discussed on the Russian Internet. It is a gripping oral history of our times as told by an extraordinary woman, Liliana Lungina, filmed by the legendary cameraman Vadim Yusov, who worked with Andrei Tarkovsky and Georgii Daneliia.

Can you believe it?  Counting today—April 23, there are only nine more days of classes left in the spring semester!   Amazing….

Adjustment & Ranked Enrollments:  And speaking of classes, today is the last day of adjustment.  Make sure you have four courses and have submitted all of your ranked enrollment requests.

MM Videos:  Up on the class blog (scroll below) are the videos (in order of performance) from Musical Madness 2010.  Check them out !  The Class of 2013 rocks!

Mural Painting:  Stay tuned for info this weekend or next regarding the creation of the 2013 mural.  You bring the imagination; the 2013 Class Council supplies the paints, brushes and ice pops.

Housing:  As you know, room selection will take place over two different nights next week.  Groups 319-450 will select on Monday (4/26) and groups 451-548 on Wednesday (4/28).  Students should report to Exeley Science Center 150 at 6 p.m.  You may only select a room that fits your group size.  So if you are a group of two, and you would like to select single rooms, you will need to split your group before you can be placed.  There will be plenty of opportunity to do splits that night, once you know whether or not single rooms are available.  Should you want to select a double room, and you are currently in a group by yourself, you will need to merge with another individual.  The new group is assigned the “worst” rank number of the two.  Rising sophomores may only form groups of one or two.  You will have the opportunity to merge groups that night as well.

Please be sure to bookmark all rooms in which you have an interest, as you will not be able to select a room that you have not bookmarked.  Know your preference of your bookmarked rooms, so that you can quickly choose from among those that are still available when it is your turn to select.

If no one from your group is able to attend room selection night, please contact the Office of Residential Life about assigning an agent to select for you.  Feel free to contact ResLife with any additional questions at 860-685-3550.

In Closing:  Be organized for GRS, for your end-of-semester papers, projects, and exams, and for some healthy down-time.  Don’t hesitate to come see me with questions or concerns or to strategize about workload.  You will soon have one year of college under the proverbial belt!

Anastasios Germanidis ’13, “Movie in the Making” (original) Clark 3 Jam, “Can’t Take My Eyes Off of You” (Frankie Valli)

Ms. Chawla worked at ESPN, Inc. for 11 years, where she held a variety of leadership roles in the Human Resources Department. Currently, she is the Founder and Principal of Performance Edge, LLC, a consulting, training and multi-media solutions consulting company which serves the Broadcast, Cable and Telecommunications industry.

She is also active in community and philanthropic efforts, serving on the Board of Directors for the World Affairs Council of CT and non-profit Jazz’d 4 Life.

Don’t miss the opportunity to learn from this dynamic business leader! Ms. Chawla will be talking about how everyone has their separate callings in life and its the connections we build/the self discovery that allows us to succeed. There will be a Q&A session following the lecture.