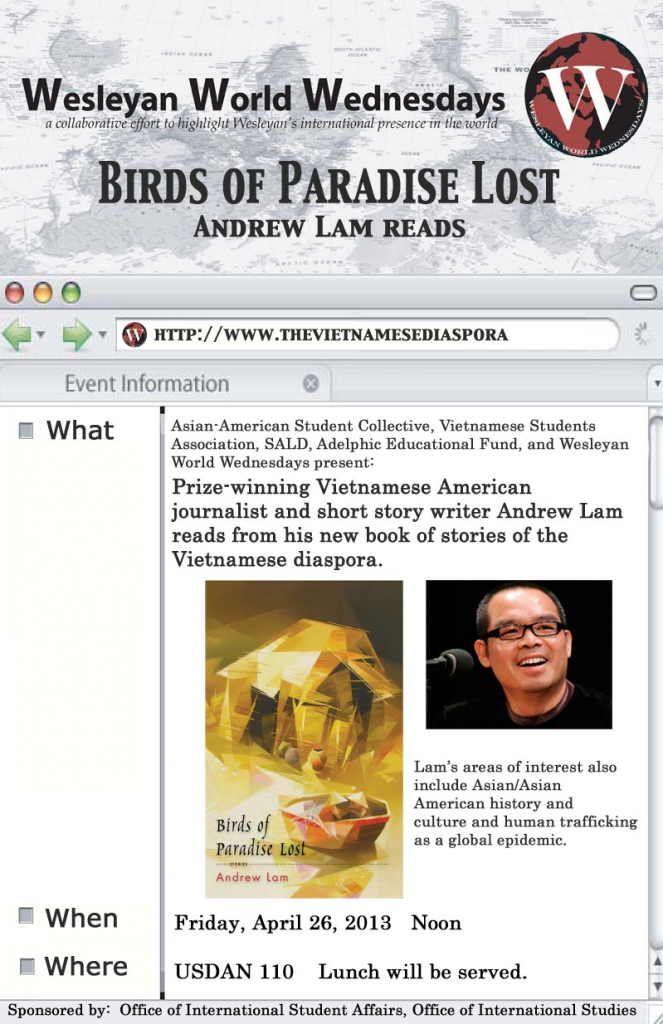 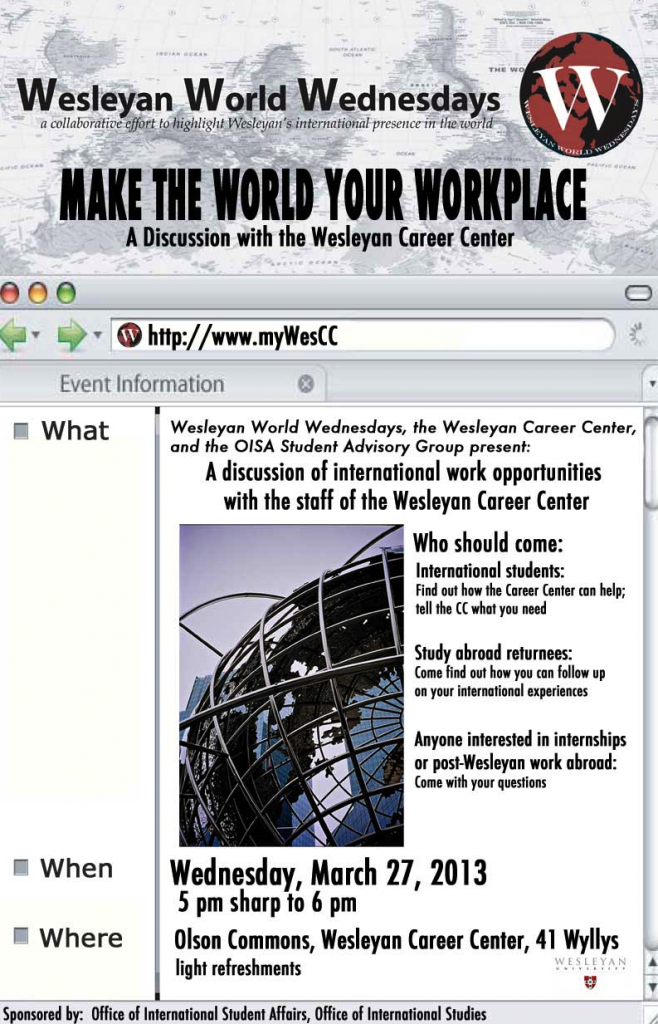 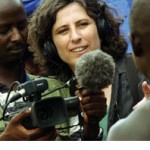 I wanted to let you know of a very exciting international internship opportunity from Allrecipes.com. They are looking to place interns

in 17 countries to learn about local culture and recipes, and blog about them weekly. The internship is PAID, $15.00/hour for 40 hours a week (10 week internship). In addition, they will pay all expenses to train you in their Seattle office at the beginning of the summer. This is an excellent opportunity for those going home internationally this summer, or those looking to spend the summer abroad. Opportunity is open to ALL CLASS YEARS, and both American and International students! Deadline to apply is April 15th! Attached is a PDF of the internship description sent by my contact at Allrecipes.com and more information can be found on MyCRC. 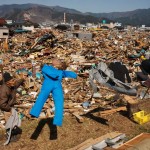 You are invited to attend the symposium on the “North Africa Spring” on Friday, March 2nd. The symposium will run from 2pm – 5.30pm at the Russell House (including a reception after the event). It will feature two speakers. Leonardo Villalon, a political scientist at the University of Florida, will speak on “Spring Storms Across the Sahara: The Francophone Sahel in the Wake of the north

African Spring”. Katherine Hoffman, an anthropologist at Northwestern University, will discuss: “Revolution’s Refugees: Tunisian Amazigh Responses to Displaced Libyans and their Commuter Rebellion”. Their presentations will be followed by commentary from Wesleyan faculty in Religion, Middle Eastern Studies, and Philosophy.

See below for more information about our guest speakers. We also have a website: http://africa.blogs.wesleyan.edu/the-north-africa-spring/

Sponsored by The African Studies Cluster, the Government Department, the Thomas and Catharine McMahon Memorial Fund of the Romance Languages and Literatures Department, the Dean of the Social Sciences and Interdisciplinary Programs, the College of Letters, and the Anthropology Department.