Come showcase your talent in UCAB’s Talent Show this Friday!

Intimate Grammar, a film adaptation by director Nir Bergman, based 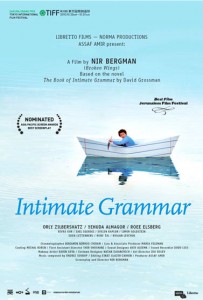 upon the renowned author David Grossman’s book, will be the fifth film screened in The Ring Family Wesleyan University Israeli Film Festival on Thursday, March 1 at the Goldsmith Family Cinema at 8 p.m. This film explores the metaphoric and emotional field of grammar through a 12 year old boy, Aharon, who refuses to grow up. Film critic Laura Blum will deliver a talk entitled The Boy Who Would Not Grow Up as well as conduct a question/answer session after the screening.

The film is 110 minutes and has English subtitles. Admission is free and all are welcomed.

Please note that our last screening will take place on Thursday, March 29 at the Goldsmith Family Cinema at 8 P.M. Film director and Wesleyan University Distinguished Visiting Scholar, Dani Menkin, will comment upon his movie Je T’aime, I Love Terminal as well as take questions from the audience.

I hope to see you at the movies,

The Admission Office is beginning the hiring process for the 2012-2013 Senior Interviewer position.  As many of you are aware, this position has direct impact on leaving your legacy at Wesleyan and shaping who will be in the freshman class. A brief job description includes:

We will have two open information sessions, Wednesday, February 29 at 12pm and Thursday, March 1at 12pm, where we will go over details of the position and answer questions. Current Senior Interviewers will also be there to answer your questions.  Both meetings will be held at the Office of Admission in the McKelvey Room and Beach Conference Room, respectively.

Please see your e-mail of 2/21 for an attached application.  Note that the application deadlines for students on campus and for those studying abroad are Monday, March 19 & Monday, August 13 at 5pm, respectively. If you are unable to attend either of the two information sessions and would like to learn more about the position, I would encourage you to speak with any of our current Senior Interviewers or email me at lspringer@wesleyan.edu.

For those of you who are abroad but can correspond by email, you’ll find pictures, profiles, and email addresses of the current crop at: http://www.wesleyan.edu/admission/ask_a_question/seniors/index.html .

Those on-campus candidates we would like to invite to participate in the first round of group interviews, during the lunch hours of the week of March 26 – March 30, will be notified by email on Thursday, March 22.  I hope this information is helpful. I look forward to getting to know a number of you better in the coming weeks.

This is a reminder about the Daniel Family Commons Free Lunch Program.  This program is intended to promote informal faculty-student interaction outside the classroom. We have provided each faculty member with vouchers that enable them to take small groups of students to lunch at the Daniel Family Commons in the Usdan Center, and my office is making these same vouchers available directly to you!  Each voucher covers the cost of lunch for a faculty member and up to three students.

Students are invited to a symposium called ‘Digging Together. Community Archaeology: Practice and Potential.’ It will be held  Saturday February 25 from

1pm to 4pm at the former Cross Street AME Zion Church (160 Cross St, just down from Neon Deli, opposite the Freeman Athletic Center). The forum will be This is being held in advance of beginning excavations on the ‘Beman Triangle’ (between Vine, Cross, and Knowles) in partnership with the Cross Street AME Zion Church this April. The project is being run as a service learning class where Wesleyan students are putting into practice the principles of shared partnerships through community archaeology as they learn about the history of the Beman Triangle and the methods of archaeology. This site is of national importance, as it was a planned mid-nineteenth century settlement of property owning African Americans. Here members of the AME Zion Church community (Middletown’s was the third such Church to form) managed to live successful lives in the face of racist oppression at a national and local level. The excavations will explore the material remains of the daily lives of these households.

Further details about the symposium are online, along with more details of the Beman Triangle archaeology Project: http://middletownmaterials.research.wesleyan.edu/beman-triangle/ 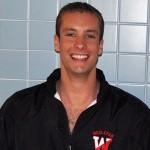 The Allbritton Center for the Study of Public Life, the Center for African American Studies, the Center for the Arts, the Theater Department, the Writing Program, and Yale School of Drama have joined forces to present a week of events that highlight the art of playwriting. The series of talks, performances, and readings culminate in Wesleyan’s first conference on playwriting pedagogy and creative processes. Though the conference is closed to participants, all events are open to the public and several are free—so please help us spread the word!
Best,
Claudia (Theater Department)

“Cultural images of black America are tweaked, pulled and twisted like Silly Putty in this subversive, seriously funny new theater piece by the adventurous playwright Young Jean Lee… Ms. Lee sets you thinking about how we unconsciously process experience — at the theater, or in life — through the filter of racial perspective, and how hard it can be to see the world truly in something other than black and white.”
— Charles Isherwood, New York Times

Korean-born and Brooklyn-based playwright and director Young Jean Lee’s works deal with issues such as gender identity and race in unpredictable, inventive and humorous ways. A 2011 Guggenheim Fellow, Ms. Lee founded her own theater company in 2003, swiftly becoming one of this country’s most influential voices in experimental theater.

A collaboration between writer Leigh Fondakowski (The Laramie Project, The People’s Temple, I Think I Like Girls) and visual artist Reeva Wortel (American Portrait Project), SPILL is a new play and installation that explores the true human and environmental cost of oil. SPILL is based in part on interviews with people from the Gulf Coast of southern Louisiana in the wake of the Deepwater Horizon oil spill of April 2010, the largest environmental disaster in United States history. 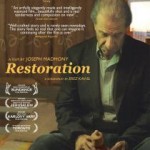 Restoration, nominated for 11 Israeli Academy Awards, in its Connecticut premiere, will debut as part of the Ring Family Wesleyan University Israeli Film Festival on Goldsmith Family Cinema  at Thursday, February 23 at 8 P.M.  Restoration, “marked by disquietly beautiful imagery” and “a handsome production of intriguing and perhaps incongruous surfaces” (Variety), is a new film from director Yossi Madmoni, and the only Israeli picture to be named as an official selection of the 2011 Sundance Film Festival. The film centers on Mr. Fidelman’s attachment to his antique restoration workshop. After his longtime business partner dies, Fidelman rejects his son’s idea to sell his business in order to build an apartment complex on the site. Fidelman believes that with the help of his new apprentice, Anton, he will find a way to save and preserve his shop as well as his solitary world. Peter Gedrys, a professional restorer for more than 25 years, will deliver a talk Restoration: Embracing the Past While Creating the Future.

The film is 105 minutes and has English subtitles. Admission is free and all are welcomed.

Please mark your calendar for the screening of the adaptation of David Grossman’s novel Intimate Grammar by film director Nir Bergamn on Thursday,  March 1 at the Goldsmith family Cinema at 8 p.m.

I hope to see you and your students at the movies, Dalit Katz,