The Student Budget Committee (SBC) will be holding its final meeting on Monday, April 18th, beginning at 5:30 p.m. Please keep in mind that our budget is exceptionally limited as it is our last meeting of the year. Therefore, it is unlikely that we will be able to accommodate any large requests. Thank you for a fantastic year of amazing proposals; we’re glad to see so many student organizations flourishing here at Wes. Best of luck with the remainder of the semester!

Applications for the Sexual Assault Response Team (SART) Intern for the 2011-2012 academic year are now being accepted.  The SART intern will provide trained peer support to help students navigate on- and off-campus resources and judicial processes.  The intern will also serve as a liaison between the Davison Health Center, the Office of Behavioral Health for Students, WesWell, Student Activities, SART, the Administration, WSA, and other student and campus groups engaged in sexual assault prevention and response initiatives.  More information can be found through the following links:

Applications must be submitted to Dr. Davis Smith (pdsmith@weselyan.edu) at the Davison Health Center by 5:00 p.m., Friday, April 15.  If you have any questions, please contact Dr. Smith or Eliza Gordon ’11 (ejgordon@wesleyan.edu), the current SART intern.

Volunteer with Waste Not! during Senior Week
Want to help with one of the most exciting sustainable events on campus? Want to volunteer with the Waste Not! Tag Sale this spring? Housing during Senior Week and the two days following Senior Class Move-Out is guaranteed in exchange for volunteers’ commitment to working with Waste Not! during this time. The volunteer team will be collecting and organizing donated items in preparation for the huge move-in sale we hold in September. All proceeds go to local charities and sustainability projects at Wesleyan. Please fill out this form by April 21st if interested. If chosen, you will be notified by email by April 30th.
Contact wesustainability@gmail.com with questions.

The end of the semester is at hand! How many research papers and projects are due in the next few weeks? Have you looked through the long list of indexes and databases the library subscribes to and haven’t found enough good books, articles, and other sources to use? Did you even know the library had so many tools for finding academic books, articles, etc.?

If you need help finding resources, librarians are available for personal research sessions to assist you in finding what you need in the library or on the Internet. Just visit us at http://www.wesleyan.edu/libr/services/personalresearch.html (or look for the link on the library’s home page at http://www.wesleyan.edu/libr), tell us what you are working on and when you can meet one of us, and we will make a list of appropriate resources and show you how to use them effectively. 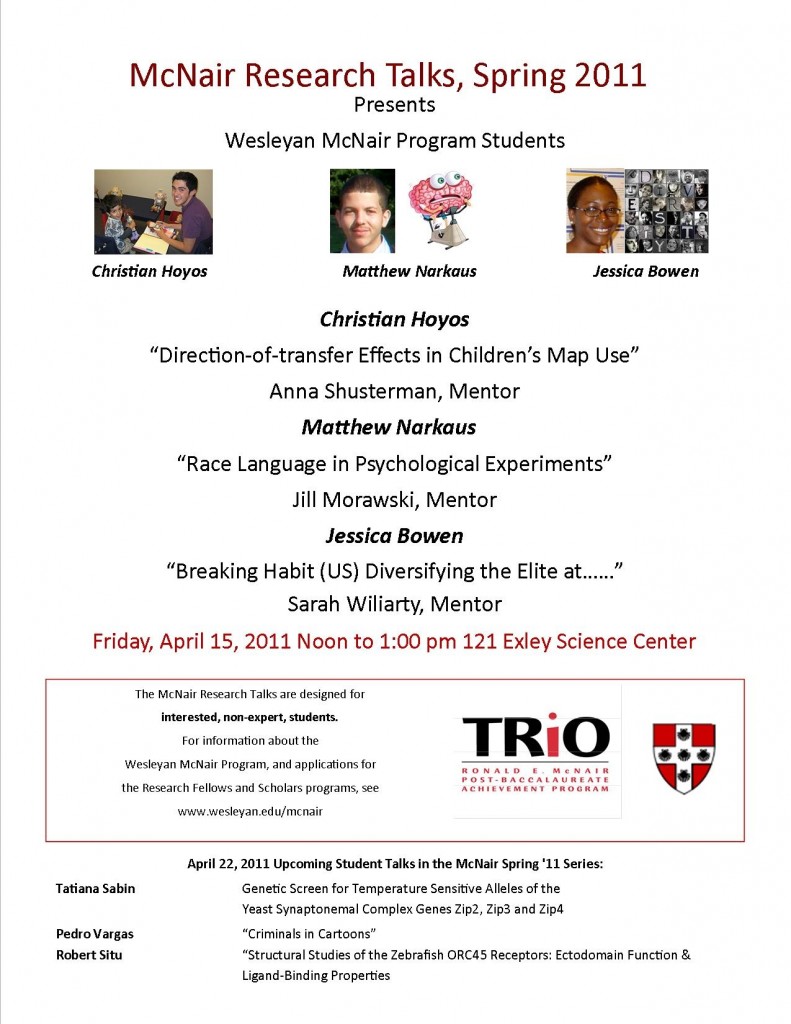 Check out this piece on NBC News about Shasha Brown!

I am pleased to announce that the Center for African-American Studies 17th Annual Distinguished Lecture will be delivered by Robin D .G. Kelley, Professor of History, American Studies and Ethnicity at the University  of Southern California. 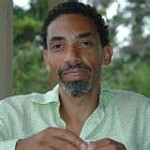 Robin D. G. Kelley is Professor of American Studies and Ethnicity at the University of Southern California. He is the author of the prize-winning books Thelonious Monk: The Life and Times of an American Original (The Free Press, 2009); Hammer and Hoe: Alabama Communists During the Great Depression (University of North Carolina Press, 1990); Race Rebels: Culture Politics and the Black Working Class (The Free Press, 1994); Yo’ Mama’s DisFunktional!: Fighting the Culture Wars in Urban America (Beacon Press, 1997), which was selected one of the top ten books of 1998 by the Village Voice; Three Strikes: Miners, Musicians, Salesgirls, and the Fighting Spirit of Labor’s Last Century, written collaboratively with Dana Frank and Howard Zinn (Beacon 2001); and Freedom Dreams: The Black Radical Imagination (Beacon Press, 2002). He also edited (with Earl Lewis), To Make Our World Anew: A History of African Americans (Oxford University Press, 2000), a Choice Outstanding Academic Title and a History Book Club Selection.  Kelley’s essays have appeared in numerous anthologies and journals.

His residency is co-sponsored by the Office of Academic Affairs, Diversity and Institutional Partnerships, History, Ethics and Society Project, Center for Faculty Development,  College of the Environment, Mellon Mays Undergraduate Fellowship, Sociology and Feminist, Gender and Sexuality Studies.

All are welcome to this event. Kelley is an engaging and dynamic speaker!!!!!  For additional information please contact Gina Athena Ulysse (x3268 or gulysse@wesleyan.edu) or Joan Chiari (x3569 or jchiari@wesleyan.edu)

Please join us for the Sixth Annual Celebration of Science Theses on Friday April 15, 1:30-3:00pm, in the Exley Science Center. Honors and MA students from the NSM Division will present posters of their research to the Wesleyan Community.

A financial aid advisor will be there to answer your questions and help you fill out your forms.
**Bring your tax forms if necessary!

Wesleyan’s annual three day event for all admitted students takes place Thursday, April 14 through Saturday, April 16, 2011, and we hope you will take advantage of all the dynamic speakers and interesting forums we’ve put together.

For a complete list of events, go to: http://www.wesleyan.edu/admission/admit/wesfest/index.html

Wesleyan students housing friends or family overnight on campus (not through the Office of Admission hosting) should remember to register guests in their Electronic Portfolio (Guest Registration). The student guest needs to file a signed copy of the Medical Form (http://www.wesleyan.edu/admission/visiting_campus/overnight.pdf) with Public Safety upon arrival (parental signature required for those under 18 years old).

Please join us in welcoming our admitted students and their families!