Enjoy the unique opportunity of living with and programming for upperclassmen as a Community Advisor (CA). CAs are responsible for programming in the Wood frames, Hi or Lo Rise, Senior Fauver, or other apartments. Like a Resident Advisor, the CAs plan fun and/or educational programs to benefit their assigned area. Working with extensive ResLife support, CAs have a great opportunity to create unique programs and play a key role in community development. The position helps develop many essential life skills while providing the chance to work with similarly motivated and interesting people. Help develop marketable skills while also helping your classmates!

Preference given to the members of the junior and senior class.

In order to promote informal faculty-student interaction outside the classroom, I am pleased to announce the Daniel

Family Commons Free Lunch Program.  We have provided each faculty member with vouchers that enable them to take small groups of students to lunch at the Daniel Family Commons in the Usdan Center.  My office is making these same vouchers available directly to you!  Each voucher covers the cost of lunch for a faculty member and up to three students, and vouchers will be good for the remainder of the current academic year.

Some of you have been thinking about summer internships; some have not.  Now’s the time for all of you to get on board and start thinking about Summer 2011 (it’s just around the corner–ahhh!).

The winter break is a great time to begin your internship search.  Jim Kubat, of the Career Resource Center, will be conducting a workshop, How to Find an Internship, to help you get on track.  Some internships have applications due in January or earlier!

(Note: if you cannot make this one, visit the CRC for a one/one meeting with a counselor or attend Jim’s next Internship workshop on Tues., Feb. 8, Noon, Usdan 108.)

Do you find yourself humming Just Like a Woman in the morning and whistling Like a Rolling Stone at night?  Can you emulate Robert Zimmerman’s raw and simple voice? Or do you want to present your own take on one, two or a generous handful of his songs?

Although beginning as a competition to see who can make everyone believe that the ol’ boy is sitting right there in our living room, this has historically become a free-for-all sing-along in which even those who least expected to perform found themselves telling the room how the times they are a-changin’. We have a uniquely-tuned piano but that’s it, so bring instruments!

This summer I worked for Morgan Stanley’s Learning and Development Department. I worked with a team of six

people, including myself. My team was responsible for developing the leadership skills of high performing Managing Directors, in anticipation of preparing them to take a role as a franchise leader. I helped with many of the logistics and details of the programs that were made available. Some advice I was given during my orientation was to be a team player, to build a network, to speak up, and to not be boring. I also learned the importance of being a good communicator. For example, if you feel that you didn’t meet an expectation in one of your assignments, instead of asking, “Where did I go wrong?”, which highlights your imperfection, a better question would be, “How can I improve?”, which instead highlights your willingness to be proactive. Little things like this make a difference in how your colleagues see you and it is important to maintain a positive image in the office.

Another thing to consider when trying to maintain a positive image: pay attention to details!!!  Unfortunately, for some of us, this may be one of the lessons that you learn from experience. It is only when you are pressed for time and have to send out an attachment to your team and realize that you didn’t put a date on the data that you are sending that you will realize the importance of paying attention to details. It is a minute detail, but it counts. Lastly, as an intern, you must become so engaged in the work of your team that you are doing outside research to contribute to your team’s initiative and progress. This is being proactive. It is the proactive interns that get offers to work again. This is just a snapshot of the things that I learned. If you have any questions about my experience and other lessons learned, feel free to email me, dinoa@wesleyan.edu. 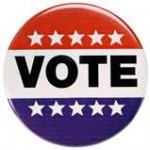 This Thursday, November 4, New York Times film critic A.O. Scott will give a talk in the Memorial Chapel at 7 PM. This event is free and open to the public.

A. O. Scott joined The New York Times as a film critic in January 2000. Previously, Mr. Scott was a Sunday book reviewer for Newsday and a frequent contributor to Slate, The New York Review of Books and many other publications.

The event is sponsored by the New York Times, the Wesleyan Student Assembly, and the Wesleyan Film Department. We hope to see you at the Chapel this Thursday.

Well, Arthur Kopit is one of America’s greatest playwrights and the English department is proud to be the main

sponsor of his reading/talk at Russell House this Wednesday, November 3 at 8:00 p.m.:

BEING A PLAYWRIGHT IN AMERICA: AN EVENING WITH ARTHUR KOPIT.

Most of his plays are American classics (see the cool poster). He achieved an international reputation for his absurdist play, OH DAD, POOR DAD, MAMA’S HUNG YOU IN THE CLOSET AND I’M FEELIN’ SO SAD (1963) when he was fresh out of Harvard, where he majored in English.  He was gearing up to write INDIANS (1969) when he was a Writer-in-Residence at Wesleyan in the late 1960s.  The play is about Buffalo Bill and the ideological work he performed (and disavowed as ideological work)).  He is forced to perform–in a kind of Hell–his hyper-theatrical “Wild West” show schtick over and over again until he realizes how the myths and stereotypes he purveyed and profited from recast the systemic genocide of Indians and theft of Indian land as “Wild West”–White West–adventure.   The play doubles as an implied critique of the Vietnam War–the government and media, in effect, assigned the North Vietnamese the role of foreign “Indians.”  INDIANS is what I would describe as one of the greatest “American Studies” plays ever written.

Arthur Kopit is not only phenomenally creative and brilliant, he is witty and gracious.  Now you have a chance to meet him.  He loves Wes.  Also of interest:  his plays have travelled to Hollywood.  INDIANS was re-worked as a Robert Altman film starring Paul Newman as Buffalo Bill:  Buffalo Bill and the Indians, or Sitting Bull’s History Lesson (1976).  And his play NINE was just re-worked as the film Nine (2009), which received four Oscar nominations and starred Daniel Day-Lewis, Penelope Cruz, Nicole Kidman, Judi Dench, and Sophia Loren. 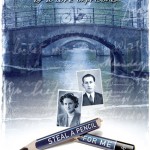