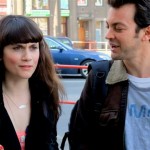 The last screening in the Ring Family Wesleyan University Israeli Film Festival will take place on Thursday, March 29 at Goldsmith Family Cinema at 8  P.M. Dani Menkin, Jewish and Israel Visiting Scholar and the film’s director, will introduce and comment upon his film Je T’aime, I Love You Terminal. In this romantic comedy, a young Israeli man, travels from Israel to New York to join his American Fiancée. During a 24 –hour connection delay, he meets an eccentric and charming girl with whom he reconsiders love, relationships and life.

The film is in English and you can view a  video trail at the Israeli Film Website at http://iff.site.wesleyan.edu.

See you at the movies, Dalit Katz