THE GOVERNMENT DEPARTMENT  invites you to a public lecture on

“Democracy, Development, and the Puzzling Success of Brazil” 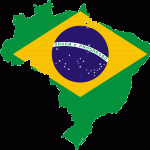 Brazil’s rising prominence is manifested not only in its dynamic export economy and in its resiliency in the face of the 2008 financial crisis; but also in its innovative social programs (which have contributed over the past fifteen years to a sharp decline of income poverty, income inequality, and infant mortality); in its election of a female president, Dilma Rousseff, in 2010; and in the selection of Rio de Janeiro to host the 2016 Olympics. It was not always so: as late as the 1990s Brazil was dismissed as “feckless,” “ungovernable,” and “paralyzed.” Professor Kingstone will address the causes and dimensions of Brazil’s transformation from laggard to leader among middle-income countries, and will outline some implications of this phenomenon for our understanding of democracy, development, and political and economic institutions.

Peter Kingstone (B.A., Swarthmore; Ph.D., University of California, Berkeley) is Associate Professor of Political Science at the University of Connecticut. He is author of Crafting Coalitions for Reform: Business Preferences, Political Institutions and Neoliberal Reform in Brazil (Penn State, 1999) and of The Political Economy of Latin America: Reflections on Neoliberalism and Development (Routledge, 2010). He is co-editor (with Tim Power) of Democratic Brazil: Actors, Institutions and Processes (Pittsburgh, 2000) and of Democratic Brazil Revisited (Pittsburgh 2008), as well as co-editor (with Deborah Yashar) of the Handbook of Latin American Politics (Routledge, forthcoming).