Lights! Camera! Gender binary?  This summer I plunged into the depths of the entertainment industry of Los Angeles by interning at a production company and a talent agency.  While any normal, sane company would appreciate the free labor of a bright, charismatic, humble college student like myself, good internships were hard to find. While I alternately considered working all summer to earn money to invest (read: buy shoes), my mother gently tried to coax me into vying for an internship as I might ‘learn something’. (She’d tricked me with that one before. Jewish camp? Not my idea.)  Then, one day, it struck me–my major has a focus on “Gender and the Media.” Was the production of television shows and movies not this so-called media? Was selecting the very people who will represent and transfer cultural ideals and norms through the screen, both big and small, not this ‘media’ thing as well? And these same people must identify with some part of the gender spectrum. Gender? Check. Media? Check. Academically relevant? Check. Proud mother? I think so! 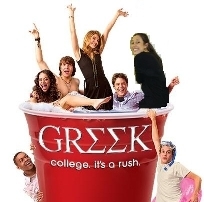 In my internship, I got to sit in the writers’ room for the SyFy show “Haven,” watch pilots from every channel for this Fall season, and meet (more like ogle) celebrities on the set of the film “Sexy Evil Genius.”  I was so caught up in reading spec scripts, meeting industry professionals and screening dailies (the uncut, unedited film from a day of shooting) that I had to step back and recognize that I was living the gender dynamic.  Being inside this frame of reference was skewing my ability to analyze the genderfication in these spec scripts, the people working in my office, and the very television shows I was “helping” produce. With this realization, I was able to analyze and reflect upon its significance. My bosses generously allowed me to interview them, and with supplemental research I came to the conclusion that gender discrimination pertaining to the production aspects of the industry are largely based on subconscious association rather than conscious consideration of gender. This insight has aided my further study in my academic concentration, “Gender and the Media.”

I returned back to Wes this year feeling as if I truly had had an academically-enriching experience this summer.