One of the most enduring and celebrated sagas in Wesleyan’s history is the Douglas Cannon. In the late 1860s, a yearly contest, the “Cannon Scrap,” began between the freshmen, whose mission it was to fire the cannon on February 22, and the sophomores, who were charged with foiling the effort.

Today, its empty gun mount sits near the flagpole, between South College and Memorial Chapel. In 1957, the tradition of stealing the cannon began in earnest. The cannon has traveled widely since that time: It has been hidden in dormitories, presented to the Russian Mission at the United Nations as a “symbol of peace, brotherhood, and friendship,” appeared unexpectedly in the offices of the managing editor of Life magazine, presented to President Richard M. Nixon as a protest against the war in Vietnam (Nixon declined), and baked into Wesleyan’s sesquicentennial birthday cake, among many other escapades. After resting again briefly on its pedestal in 1995, the cannon disappeared, and then briefly reappeared in December of 1997. Its present location is unknown.

For a more detailed history of the Douglas Cannon, click here.

A campus-wide field day based on the “Cannon Scrap” and other inter-class competitions that used to take place back in the day. Come and let your inner-child have a day of FUN!

There will be GAMES, Ice CREAM, MUSIC and a MOON BOUNCE!

There also will be games, hosted by WSA groups, going on throughout the week followed by a Scavenger Hunt, the night of Nov. 6 starting in the Usdan Courtyard.

Freshmen will be wearing white. Come dressed in your colors!

Register to ensure a spot in your favorite game or just show up with your Wesleyan Spirit!

The First Annual WesWars is sponsored by the Cardinal Council, University Relations, the Alumni Association, and Student Affairs.

Want to get involved in Class of 2013 activities?  Help plan and organize?

Volunteer for the Class Council!

E-mail Dean Brown and let her know of your interest by Friday, October 16. 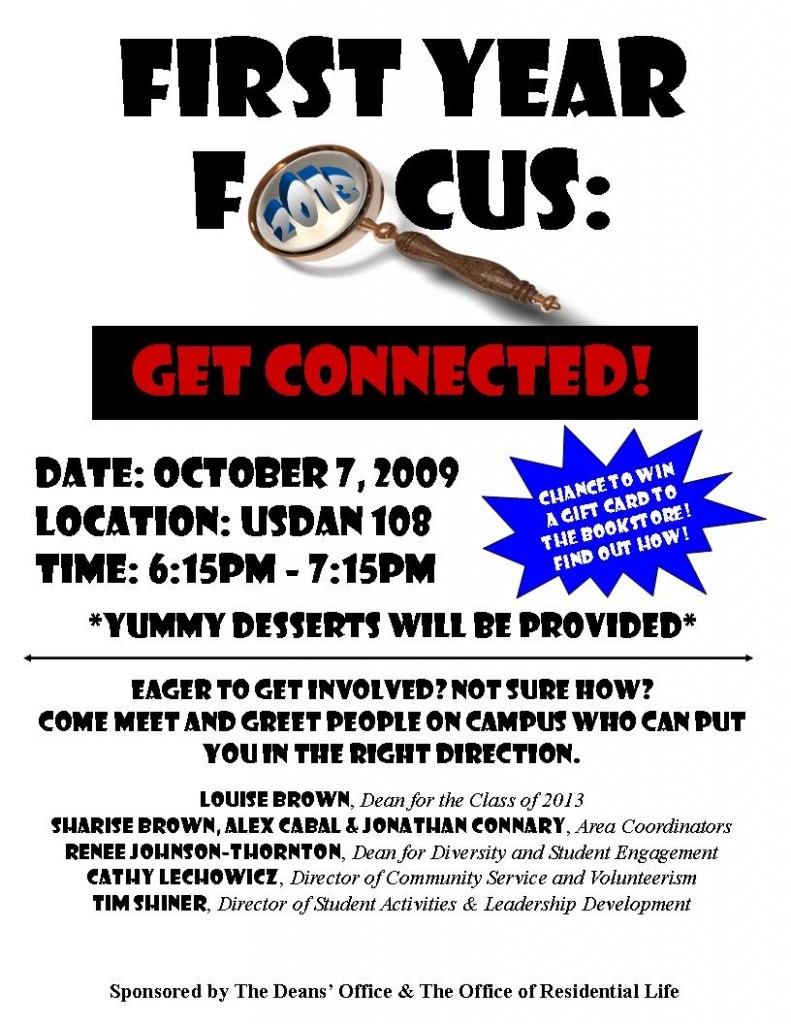 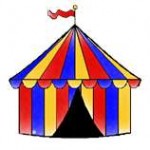 Come browse and join student groups, check out campus departments and services, “Discover Your University Center” and see what Usdan has to offer, see live student performances, sample food from local vendors, and take part in raffles to win incredible prizes, like an IPod Touch, Pulse SmartPen, Wes Gear, and more!  NOT TO BE MISSED!

Sponsored by the WSA and the Usdan Center

In addition to the great leadership opportunities noted previously by Elisa Del Valle from the Student Activities Office and Dean Rick Culliton, new students should consider getting involved in the Wesleyan Student Assembly (WSA).

Joining the WSA is a great way to get to know Wesleyan. Members of the WSA focus on important issues and projects

to benefit the student body. They are your representatives, but also work closely with the administration and get to know the ins and outs of the University. The WSA is a diverse body always looking for new members who truly want to make a difference at Wes. To learn more, attend one of their orientation sessions, listed below.  Elections occur during the second week of classes, so whether or not you run, make sure you vote for your class representatives!

Wesleyan is an amazing place with great people and plenty of opportunities to get involved.  If you have not already been to campus you will soon come to experience that Wesleyan is unlike most other college

On September 18, outside the Usdan University Center, the Wesleyan Student Assembly (WSA) will host the Student Activities Fair for all students. This is a great way to learn about all of the student clubs and organizations around campus as many of them begin their recruiting at this event.  Stop by the fair and learn about all of the things you can get involved with at Wes and then choose one or two groups to try out.  If you don’t find something that interests you, start a new club!  Some students join several groups and soon find that their academic course work doesn’t leave them time to do it all. During your first semester, focus on your academics and maybe a couple of activities and/or a campus job.  During the spring with a semester behind you, if you still want to take on more activities, then get involved with another group. Wesleyan truly is an amazing place and we are excited for you to learn how you can leave your mark here! If you have any questions feel free to stop by my office on the first floor of North College.

Enjoy the rest of the summer and see you all on September 1!  Dean Culliton, Dean of Students, rculliton@wesleyan.edu

The Office of Student Activities and Leadership Development (S.A.L.D.) is a great asset to all students on campus. It is our belief that learning occurs both inside and outside of the classroom and it is our job to enhance the out of the classroom experience. The office works with the student body on event planning, which includes conferences, workshops, speakers, bands, parties and a number of other student-led initiatives on campus. In addition to helping students with their event planning from start to finish, the office also supervises three interns:  the queer student intern, the student of color coalition intern and the leadership intern. Each of these interns is in place to provide students with opportunities to have their voices heard, be trained on various topics specific to the intern’s title, and create change across our campus community.  The office has many services to provide not only to student groups, but also to individual students and is a great resource for all students to familiarize themselves with.  Check us out at www.wesleyan.edu/stuact .

Timothy Shiner joined the Wesleyan community in 2006 as Director of Student Activities and Leadership Development (SALD) and in 2007 also took on the coordination of New Student Orientation. Originally from southern Colorado, Tim graduated from Colorado State University with a degree in Psychology and a senior thesis entitled, “Teaching Emerging Leaders.” Following graduation, Tim attended the University of Vermont to pursue his Master’s Degree in Higher Education and Student Affairs Administration and worked at UVM for a total of five years in the Diversity and Equity Unit there. At Wesleyan, Tim and his office are responsible for advising all student groups in the planning and implementation of their programs. In 2008-2009, SALD helped students plan over 3000 events including concerts, speakers, art shows, affinity months, rehearsals, auditions and meetings. SALD also assists in the funding of students events and has numerous leadership opportunities for students. Tim’s favorite thing about Wesleyan is the passionate commitment of its students to making the world a better place. To learn more about the student activities office or the orientation program, go to www.wesleyan.edu/stuact or www.wesleyan.edu/orientation