Wesleyan is an amazing place with great people and plenty of opportunities to get involved.  If you have not already been to campus you will soon come to experience that Wesleyan is unlike most other college

On September 18, outside the Usdan University Center, the Wesleyan Student Assembly (WSA) will host the Student Activities Fair for all students. This is a great way to learn about all of the student clubs and organizations around campus as many of them begin their recruiting at this event.  Stop by the fair and learn about all of the things you can get involved with at Wes and then choose one or two groups to try out.  If you don’t find something that interests you, start a new club!  Some students join several groups and soon find that their academic course work doesn’t leave them time to do it all. During your first semester, focus on your academics and maybe a couple of activities and/or a campus job.  During the spring with a semester behind you, if you still want to take on more activities, then get involved with another group. Wesleyan truly is an amazing place and we are excited for you to learn how you can leave your mark here! If you have any questions feel free to stop by my office on the first floor of North College.

Enjoy the rest of the summer and see you all on September 1!  Dean Culliton, Dean of Students, rculliton@wesleyan.edu

For all those calling with questions, please note that once the photograph has been uploaded, “sucessfully uploaded” will appear.  You will not be able to view your photograph again.

If you did not upload your photograph before the July 19 deadline, then you must mail it to the following address, so that your ID can be ready for you on arrival day:  Wesleyan University, WesCard Office, North College Room 111, 237 High Street, Middletown, CT  06459.  Please include your name and WesID and mark the outside of the envelope, “Photo Enclosed.”  Do not write on the photograph.

A Resident Advisor (commonly shortened to “RA“) is an integral member of the Residential Life staff.  RAs are trained student leaders charged with managing a residential community.   They live in their community and are expected to provide personal and social support for their residents.  RAs undergo intensive training to ensure that they can effectively address community issues, be a resource for their residents, and respond in crisis situations.  RAs rotate being “on duty” every night from 8 p.m. to 7 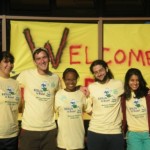 a.m. to provide assistance to students in their area, ensure policies are being observed, address maintenance issues, and perform lock-outs.  RAs plan several programs throughout the semester to help students get to know one another, learn more about the campus, or just explore a new idea.

You will meet your RA on Arrival Day.  Be sure to attend your floor meeting that night where you will receive much more information about Orientation, campus resources, and the ResLife staff.   Take time to get to know your RA and the other RAs in your building.  They all have been students for at least one year at Wesleyan and are on campus to help you!

Make it a habit to check your Wesleyan e-mail on a daily basis, especially once you arrive on campus, but even now.  E-mail is a medium for official University communications through which you will receive important messages from offices, such as the Registrar, Student Accounts, and Financial Aid, from class deans and administrators (& the President too!), and from your faculty advisor and instructors.   As the Student Handbook states, “[T]he University’s primary means of communicating with students is through their Wesleyan e-mail accounts. Students are responsible for reading and responding to e-mail from University officials.” (P. 21)

Also get in the habit of checking out this class blog on a daily basis.  It too will serve as an important source of information for you not only this summer, but also throughout your four years here.  Check out as well President Roth’s blog at http://roth.blogs.wesleyan.edu for his thoughts and insights about issues on campus, nationally, and around the world.

Checking your e-mail and class blog on a daily basis is a good habit to acquire!

Rick Culliton is the Assistant Vice President for Student Affairs and the Dean of Students at Wesleyan.  Dean 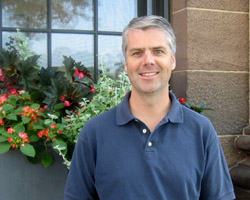 The dean of students at Wesleyan oversees many of the offices responsible for student life outside the classroom, including Residential Life, Health Services and Behavioral Health, Health Education, the Usdan Center, Student Activities and Leadership Development, and University Events and Scheduling as well as the Office of Religious and Spiritual Life, International Student Services, and the Student Judicial Board.   Dean Culliton works with the directors of these offices and programs to provide important and needed services for students.  Together with students, they create a rich array of programs and events that provide an exciting, engaging, and intellectually stimulating student life.

When you arrive at Wesleyan, feel free to stop by Dean Culliton’s office on the first floor of North College or contact him at rculliton@wesleyan.edu, if you have questions about student life or the offices with which he works. 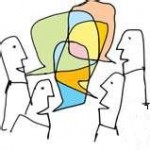 WesDEF (the Wesleyan Diversity Education Facilitation Program) is a student group founded in 2005 that leads anti-oppression conversation workshops.  WesDEFs train throughout the year for their roles as community facilitators and educators.  Every first year residential hall has WesDEF facilitators who will lead monthly workshops on social justice issues.

WesDEF workshops could include a discussion of classism and the Anonymous Confession Board or a poetry exercise about the meaning of home or an activity exploring the presence of institutional racism in our community.   All workshops provide an opportunity for critical dialogue about the impact of oppression at Wesleyan and in society.

The purpose of WesDEF workshops is not to provide answers but to incite questions and to provide participants with the knowledge and tools for further personal exploration and social awareness.  The WesDEF program aims to act as a resource for the Wesleyan community, developing space for social justice work, dialogue and understanding.  Support, guidance and funding come from the Offices of Residential Life, Student Activities and Leadership Development, and Diversity and Strategic Partnerships.

From the tranquil quiet of the Indian Hill cemetery to the spooky headstones of important persons from Wesleyan’s past sitting atop Foss Hill, graveyards are a distinctive part of the Wesleyan landscape. The Old Washington Street Cemetery, commissioned in 1739, lies across the street from Indian Hill. Unlike its oft-visited neighbor, however, many people, even lifelong Middletown residents that I have talked to, don’t even know it’s there.

Beneath the appearances, the Washington Street yard tells many stories about Middletown’s past. The large family markers on the North end of the yard speak to well-to-do families whose heads earned distinction in war, politics, and business. The sparsely-placed headstones in the South end, where until the last decade only African Americans were buried, gives testament to the racism and segregation that these people faced. Their histories, however, reveal their struggles for freedom and equality.

Rev. Jehiel C. Beman, died 1858, was a leader for the Northern Free Black Community. He used his placement at the AME Zion Church in town to help found the Middletown anti-Slavery Society and also secretly conduct the Underground Railroad.  Isaac Truitt (1877), James Caples (1889), Alfred (1907) and James Powers (1868), Rufus Addison (1916) and Christian Gordon (1865) all fought in the civil war in the 29th, 31st, and the 55th colored infantry for the emancipation of their people. Mr. Truitt was a chimney sweep at Wesleyan and a favorite of the students. Leverett Beman (1883), Jehiel’s son, bought the entire triangle of land bordered by Cross St., Vine St., and Knowles Ave., and sold the plots to other African Americans to form the heart of the black community in Middletown.

These people and many, many others lived in Middletown and died without having their stories recorded. As you begin your lives here, I encourage you to seek out these stories, document them, and share them with your community.

Sonia BasSheva Mañjon, Vice President for Diversity and Strategic Partnerships, came to Wesleyan from California College for the Arts <http://www.cca.edu/> in July, 2008. At CCA, Mañjon served as a member of the president’s cabinet, director for CCA’s Center for Art in Public Life, chair of its community art major and Diversity Studies Program, co-chair of campus diversity initiatives, and a member of the faculty. Mañjon developed the country’s first bachelor of fine arts program in community arts, which stresses student civic engagement and diversity issues. In addition to her positions at CCA, Mañjon also served as executive director of the City of Oakland’s Craft and Cultural Arts Department <http://www.oaklandculturalarts.org/main/> , director of the Community Arts and Education Program for the San Francisco Art Commission <http://www.sfartscommission.org/CAE/> , and executive director of the San Francisco National Academy of Recording Arts and Sciences <http://www.grammy.com/Recording_Academy/Chapters/San_Francisco/> . Mañjon earned a Ph.D. in humanities, transformative learning and change in human systems and an M.A. in cultural anthropology and social transformation from the California Institute of Integral Studies <http://www.ciis.edu/academics/sca.html> , and received a B.A. in world arts and cultures with a dance emphasis from the University of California, Los Angeles <http://www.ucla.edu/> .

The Office of Diversity and Strategic Partnerships was created to provide leadership on civic engagement and cooperation with private and public organizations and to collaborate with Wesleyan’s administrative and academic offices and departments to develop programs to attract, retain and inspire students, faculty and staff from groups currently under-represented on campus. As Wesleyan’s vice president for diversity and strategic partnerships, Mañjon is charged with enhancing the university’s outreach and engagement with the greater Middletown community. As Wesleyan’s chief affirmative action officer, Mañjon directs the Office of Affirmative Action and serves as an advocate for the interests of students in such areas as recruitment, curriculum development, campus culture and career planning.

In her free time, Mañjon enjoys spending time with her sons Zyan, 11, and Ezra, 8. A true soccer mom, she can be found cheering them on at basketball, football, soccer and baseball games. At home, she enjoy singing and dancing with her boys around the house and playing basketball in the back yard. During mommy-free times, she enjoys salsa dancing and reading a good book in front of the fireplace — which she will have lots of time to do when the snow comes.

Beyond the many extracurricular activities that can be found on the Wesleyan campus, there are also many interesting things to see and do in the greater Middletown community. Middletown boasts the widest Main Street in the country, where you will find an eclectic mix of family-owned shops, restaurants representing different ethnic cultures and tastes, galleries, a laser-tag and video arcade, a movie theater, a roller-skating rink, and many venues for musical entertainment. In Middletown, you will also find recreational activities along the Connecticut River, at Crystal Lake, and at Miller’s Pond State Park. Lyman’s Orchard is a wonderful place to pick your own apples, pumpkins, peaches and the likes. Explore and become a part of this New England community. If you want more ways to deepen your engagement in town, consider volunteer and service opportunities or, just drop by the Center for Community Partnerships at the corner of High and Church Streets and we will connect you to your new home-away-from-home.

View Ten Things to Love About Middletown in a larger map.